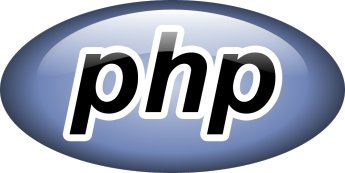 Introduced in version 5.0.2 of php, PHP_EOL is a string constant that represents the correct end of line symbol for the platform that you are running php on. So on Windows this should be set to "\r\n" (carriage return and line feed) and on a *nix system it should be set to "\n" (only line feed).

Where is it Used?

You SHOULD use it when programmatically creating a text file via php.

This will create a platform correct end of line separator, and ensure portability in a project.

Okay, So How is it Broken?

Usually when one is working with strings that contain multiple lines and they want to create an array that consists of each individual line they will use:

However, in the last couple of weeks I've been bitten by two different bugs caused by the very simple line of code above.

The first was when I was working on my Web Log Viewer Bundle project which is a Symfony bundle for viewing log files created by a Symfony project online, so logging in to the server to view them in not necessary. This project parses log files, formats the lines, and displays them in an HTML table. I was using $array = explode(PHP_EOL, $string);, but when running this on a Windows box, my string was not exploding correctly and I was getting $array = [$string] instead of $array = [line1, line2, line3, ...].

Symfony uses monolog, and I didn't investigate how monolog writes its end of line symbols in an attempt to determine the root cause of this bug, but I did need to find a fix. Help me stackoverflow, you're my only hope.

I've recently started using Magallanes to deploy my projects, instead of my old hacky way of using a git post commit hook to push my changes to a git repo on the production server and then logging in to the production server and manually performing 5 or 6 steps to update dependencies, build assets, and clear caches. I did have to make a handful of really small changes to make it work in a Windows environment, but oh, man, was it worth it. Lots more on how I improved my deployment process with Magallanes in later posts.

I mentioned that I had to make some changes to make Magallanes work in a Windows environment, and I thought that I had everything worked out until I noticed this next bug. I use the "releases" option of Magallanes that uploads the current release to a timestamp-based-name directory inside of the releases directory and then creates a symlink named current that points to the newest directory in the releases folder. In the Magallanes config file, there is a parameter named releases that indicates the number of previous releases that should be kept on the server, in case there is a need to rollback to an earlier release. I noticed that in one of my releases directory, there were about 10 previous releases, when I had this configuration parameter set to 5. Something was broken.

I went looking through the cleanup task code and discovered that it was using ls -1 via ssh to get a string of all the directories inside of the releases directory and then using my recent archnemesis $releases = explode(PHP_EOL, trim($releases)); to turn that string into an array and doing all the work on the array. I was pretty confident that the bug was in the explode statment, due to my recent experience with Bug #1. After stepping through the code using xdebug, my hunch was confirmed, and I knew just where to find the fix.

Some people, when confronted with a problem, think "I know, I'll use regular expressions." Now they have two problems. - Jamie Zawinski

After discovering Bug #1, I fired up my trusty google machine and went in search to a solution for this problem. Sure enough, the first search result was a stackoverflow answer that fixed the bug. It was the following simple, one-line, cross-platform fix:

So, of course, I knew the perfect fix when I came across Bug #2, just a few short weeks later.

Although I was more concerned with fixing the bugs than I was with finding the root cause of the bugs, which would have required I solve the riddle "when is the end of line not the end of the line?", I was able to implement a nice and easy cross-platform solution and come to the conclusion that PHP_EOL is Broken (Sometimes).